Traffic was smooth sailing on I-94 northbound, freeing my thoughts to wander through the murky caverns of my husband’s mind. His hands gripped the wheel like a corpsman gripping a jump seat handle a second before the free fall begins. We surged ahead over snowy Wisconsin roads, his large hands quivering.

“Del, please slow down. It’s snowing pretty hard out there.”

My breath quickened involuntarily. I hated that I reacted like this every time I risked voicing my needs. My stomach clenched and my temples tightened.

He rolled his eyes and shook his head. “Oh, so now you’re telling me how to drive too? I don’t think so.”

He never looked at me, and his hands didn’t move as he punched the accelerator, rocketing the car to well over eighty on the slippery highway. I prayed to some mythical god that we’d make it intact to the exit up ahead, clenching my teeth and sinking into silent compliance once again. We’d just made it to the turnoff when my cell phone buzzed. I closed my eyes. The misery between us pressed in on me.

“Oliver.” I fidgeted with the seat warmer as I answered, my voice flat.

“Yeah. Hey, Nick.” The sound of his voice lifted my spirits, transporting me back to the day we met. I’d been assigned to be Field Commander when we were rangy beat cops together in Chicago. We were young, foolish, and thought we knew it all. Other than me staying close to home and him going on to take one undercover assignment after another until he morphed into a Fed, not much had changed. I smiled looking back, but in the next moment I stiffened as my body slammed into the door panel. Del was taking this corner dangerously fast. I shut my eyes again and concentrated on Nick as the car jetted forward. “What’s up?”

“We got another vic. And they’re getting closer to home. This is not cool.” His silky voice hardened as he spoke.

“What do you mean? I thought you said the last murder happened in Spokane. That’s not exactly next door. Was this one as bad?”

“Worse. And I’m talking about the next tragedy, not the last one. This one happened last night, early this morning technically, in Mad Town. Popped up on VICAP right away. You on the road right now?”

“He knows you’re talking to me.” It wasn’t really a question, but I answered it anyway.

Nick, at it again. My marriage should be off-limits. I loved the man beside me—wounds and all. Even if no one else did. Even if doing so made me almost as sick as he was. Am I sick enough to stay? God, I hope not. “Give me some info. How did the killer get from Spokane to Wisconsin?”

“Who knows? We haven’t exactly cracked his travel schedule, but everything else is right in line. He grabbed a woman—a church mentor. She’d been working with a six-year-old girl for the past year. Successful woman. High-profile attorney. Not an enemy in the world. Everything to live for. And everything about the kill says it’s our guy.”

“Please tell me they found traces of drugs. Any kind of tranq in her system?”

“Not a one. She was most likely awake through the worst of it. He’s escalating, getting more twisted. And now he’s traveling between each kill. We’re on high alert, and we want you in our inner circle. We need your hunting skills. Let me sketch it out for you.”

Del glared at me and then looked back at the road, his hands clenched. Anger glimmered in his eyes. Why had I given up that once-in-a-lifetime career offer with the Feds tracking notorious criminals? Now Nick had all the glory—and all I had to show for it was Del. I listened to Nick, pinpricks of light sparking through my mind as he revealed the brutality of another innocent woman’s death at the hands of this twisted man.

I waited until he finished with the grim details, and then I exhaled hard and fast. I sucked in fresh air as he described the horror of the woman’s last minutes alive. I knew Del could sense my discomfort. Was he going to start hammering me again over why I’d married him and stayed in the bush leagues by marrying a local beat cop instead of marrying Nick all those years
ago? I couldn’t tell what he was thinking any more. When had I stopped trying?

He smiled darkly and waited until I ended the call to act out. “That your big-shot boyfriend again?” Del’s menacing tone sent a cold wave of nausea through me.

“He’s not my boyfriend. There’s been another murder. It ain’t pretty.” I closed my eyes, gently shaking my head.

Nick and Del had never been close. 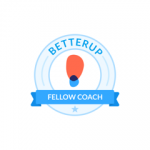 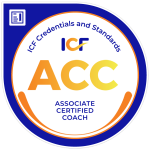